In this spell you have to touch a huge or smaller beast or any plant but you should touch after spending casting time tracing magical pathways within a precious gemstone. You must have to make sure that the target should have either intelligence score with 3 or less or it will not have any intelligence score. The target will gain the ability to speak one language which you know and the target will also gain an intelligence of 10. For instance the target is a plant then it will gain the ability to move its limbs, vines, creepers, roots and also it will gain all types of senses which are similar to human’s.

Until your companions will do anything which is harmful to it or the awakened beast or the plant is charmed by you for 30 days. Whenever the charmed condition will be ended the awakened creature will chose either to stay friendly to you  or it is based on how you treated it when it was charmed. 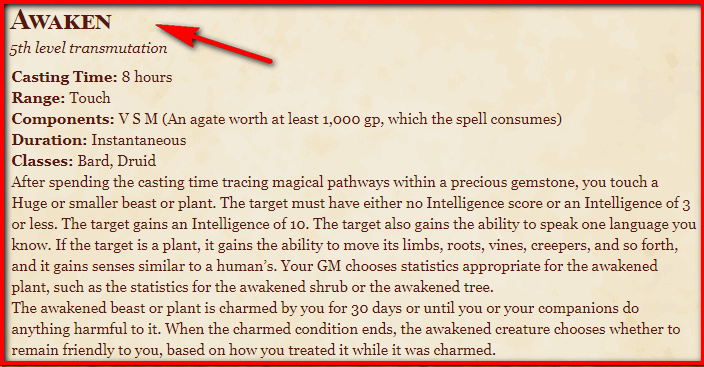