On your every turn, you can mentally command any creature that you made with D&D Animate Deadspell by using a bonus action. To do so, the creature should be within 60 feet of you. In case you control multiple creatures, you can also command them all at the same time by issuing the same command to every creature. It is decided by you that what action the creature will take and where will it move dusting its subsequent turn. If you don’t give any command to the creature, then it will only defend itself against the hostile creatures. And, if you give one, it will start following that command until the task ends.

You can control the creature for 24 hours. After that, it stops obeying your commands. So, to maintain the control over the creature for next 24 hours, you must cast Animate Dead 5e spell again before the current 24 hours period ends. By doing this, you can reassert your control over up to 4 creatures that you have made with this spell and you don’t need to make a new one.

When you use a spell slot of 4th level or higher to cast this spell, then you reassert control over two additional undead creatures for every slot level above 3rd. Every creature must come from a different pile of bones. 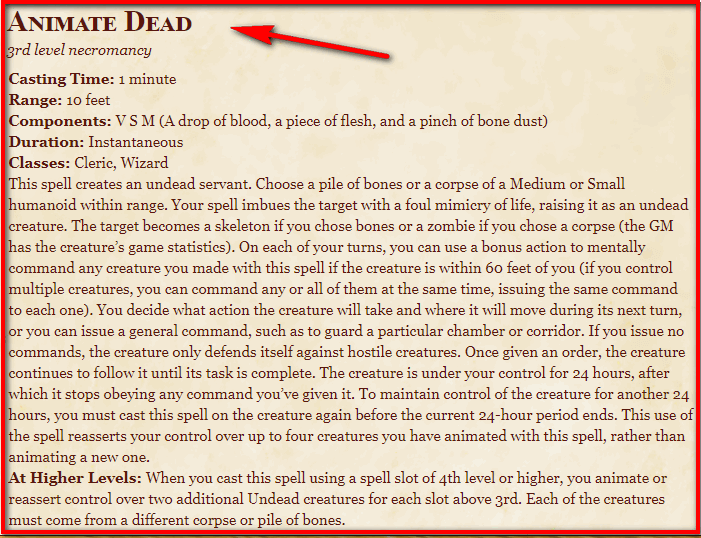 We accept to here lots of feedbacks from you and also we’re very interesting to solve all types of quries regarding to the 5e spells in dungeons and dragons role playing game. So if you would like to ask us any types of queries then feel free to ask us we will respond as soon as we can. You can ask not only about the animated dead dnd 5e spell but cloudkill 5e also and many other spells too.