By using this spell either a willing creature or an object can be hidden away and for the particular duration it will safe from the detection. It will become not only invisible when you cast the Sequester 5e spell and touch the target but also it can not be targetted by the divination spells or it might be percieved through the scrying sensors which are created by divination spells.

Suppose the target is a creature then it will fall into a state of suspended animation. It doesn’t become older because the time ceases to flow for it.

To end early, you can set a condition for that particular spell, the condition can be anything that whatever you chose but it should be occured or to be visibled within 1 mile of the target. For instance “After 1,000 years” or  “when the tarrasque awakens”. This spell also can be end whenever the target will take any kind of damages. 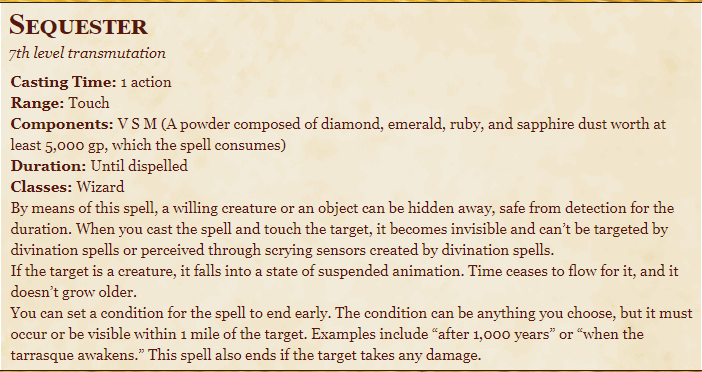