Here you need to summon some fey creatures that should appear in an unoccupied space and you must able to see them within a range. In the below list you can see them and chose one of them.

The summoned creatures all are friendly to you and also to your companions. A summoned creature will disappear when the hit points will become zero or finally when the spell ends. Now you have to roll the initiative especially for the summoned creatures as a group that the creatures have their own turns. The creatures obey verbal commands which you have issued to them (But no action required by you). When you don’t issue any command to them, they defend themselves from the attacks of hostile creatures. But they do not take any actions.

You have to chose to summon of options above and more creatures appear but this must be done when you cast Conjure Woodland Beings 5e spell using certain higher level spell slots. The level of increment is twice as many with a 6th level slot and thrice as many with an eighth level slot. 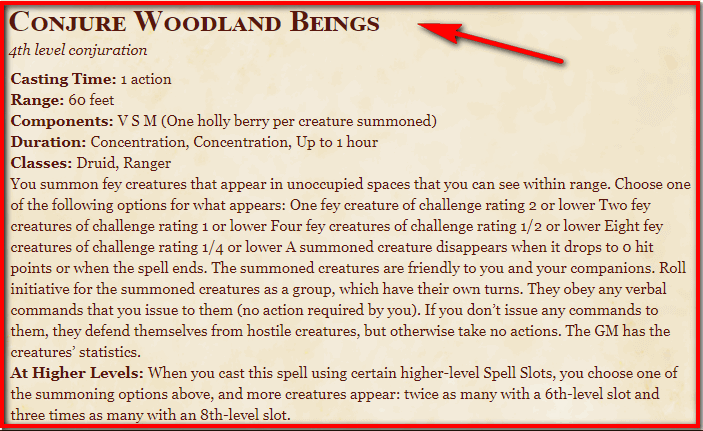