You try to covert a creature that you are able to see and is within your range into a stone. In case the body of the creature is made of flesh, then it can make a Constitution saving throw. If the save is failed, then it is restrained as its flesh begins to harden. And if the save is successful, then the creature isn’t affected.

A target which is restrained by the Flesh to Stone 5e spell must make another Constitution saving throw at the end of each its turn. The spell ends if the creature successfully saves against it three times. In case it fails to save then it is turned into a stone. There is no need for consecutive successes and failures; you can keep the track of both until the creature gets 3 of a kind.

In case the target is broken physically while petrified, then it suffers from the similar deformities when it returns to its original state.

By maintaining your concentration for the entire possible duration, the target cannot get its original shape until the effect is removed. 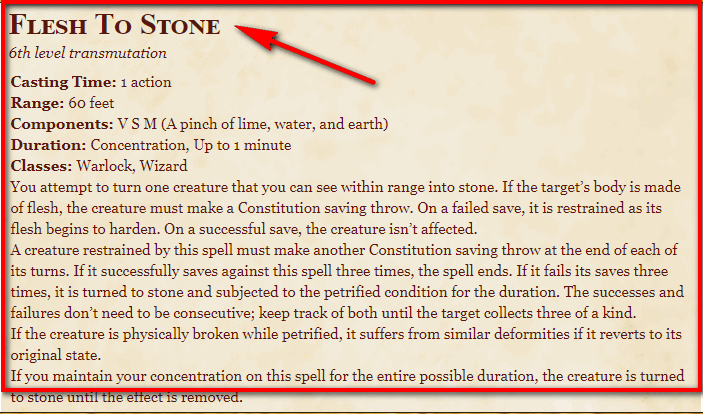