On a solid surface, you have to create a wall of fire within range. The dimensions of the wall should be 60 feet long, 20 feet high, 1 foot thick, or if it is a ringed wall then the diameter should be 20 feet, 20 feet high and 1 foot thick, the wall is an opaque and it lasts for the duration.

One side of the wall which is selected by you, then you can cast Wall of Fire 5e spell and when you cast this spell, for each and every creature will deal with 5d8 fire damage and this will end within 10 ft of that particular side or inside of the wall. When the creature enters the wall for the first time then that creature will take the same damage on a turn or when it ends its turn there. There is no damage to another side of the wall.

You can use the spell slot of 5th level or higher by casting this spell and then the damage will increase by 1d8 for each slot above the 4th level. 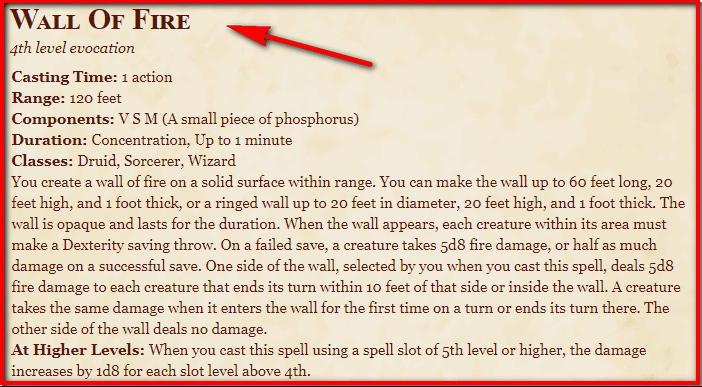