Yuan-ti purebloods d&d 5e are the most human-seeming of all yuan-ti breeds. They are snake-human hybrids, which were created in the earliest days of civilization. Their culture fell from an advanced and enlightened state into cruelty and fanaticism. Purebloods are described as human-like with minor reptilian features like a forked tongue, snake-like eyes, and patches of scales on their skin.

Their heights and weights range is same as humans. Purebloods usually speak the language of their race, which involves a great deal of rating noises and hissing that require a forked tongue to execute. Most of the purebloods also learn Common in order to blend into foreign areas.

You can also check out goaliath 5e race from here. 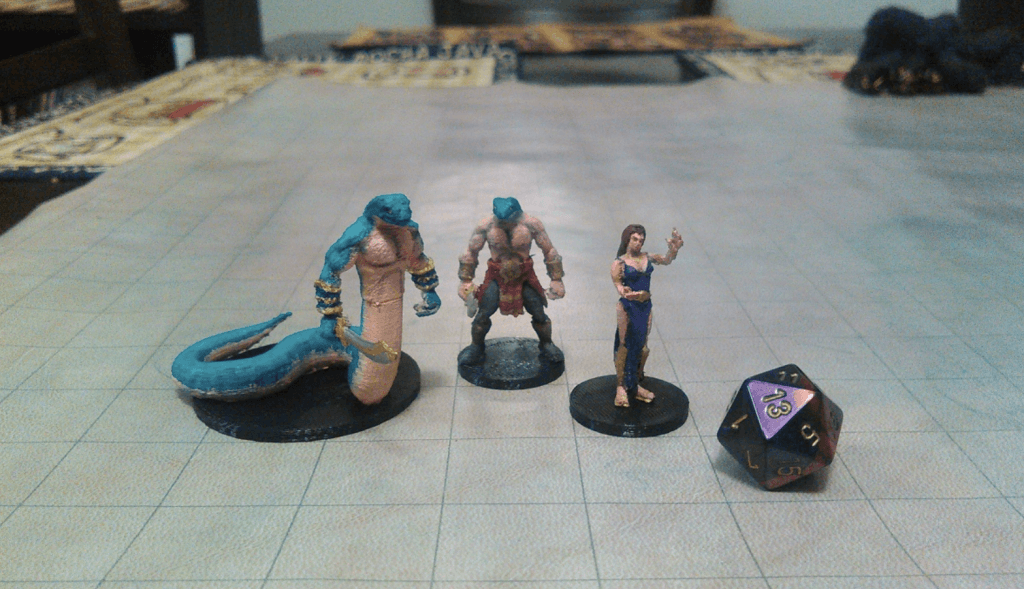 Yuan-ti purebloods were created by The Sarrukh who was one of the creator races. Sarrukh created this race ages ago in precise magical breeding experiments by combining serpents, humans, and sarrukh themselves. Once look at this tortle and learn more about d&d.

D&D Yuan-ti purebloods are not as powerful as any other yuan-ti forms but they have psionic powers. They can morph their bodies into the form of any viper by force of will alone and also they can easily sense the presence of any poison nearby. They are resistant to magic. They are not as intelligent as half-bloods but they are more intelligent on average than humans.

With psionic powers, Yuan-ti purebloods can charm other humanoids, entrance animals, to create darkness, to cause fear and to command plants to entangle opponents. Purebloods are very adept at impersonating humans, and often entered human settlements in disguise as spies.

Purebloods can mate with abominations or half-bloods but usually, they don’t. They hatched from eggs like the other yuan-ti. They reach adulthood around 12 years of age. Yuan-ti can live for up to 80 years but some rare can live for 120 years. Once read this dnd 5e warforged race stats and names and much more about this race.

Purebloods are thoroughly wicked but despite that, most of them have magnetic personalities. They tend to self-centered and arrogant like all yuan-ti.

Purebloods are the least likely of the true yuan-ti breeds to stay attached to their tribe. They can easily disguise themselves. Purebloods have the freedom to pursue their own interests wherever such things took them. They use grafts to modify their bodies. The new serpentine body parts can easily hide with underneath clothing or magic.

Yuan-ti purebloods 5e are perfectionists. They only use high-quality weapons. They would weaken a foe from a distance rather than engage in melee combat. If there is a fight, the purebloods would be sent as a more powerful and “valuable” yuan-ti. Purebloods often equipped with bore scimitars, studded leather armor, and heavy shield. They usually poisoned their arrows and blades. The ones who are trained in combat favor the skills of rangers.

Yuan-ti purebloods serve a special role in their society by being agents, assassins, liaisons or spies as they can hide their serpentine features very easily.

Yuan-ti pureblood names either female names or male names has the “Hissing Sound, Heat or Scent Variations as names” which is ending with the letter “S” also Z, SH, T, L, V, TH, H type of sounds too.

In the Serpent Kingdom supplement many names we can see  but it doesn’t have a proper way of names they scattered in the book in the form of improper way. You can also get the names from the yuan-ti pureblood 5e volo too. Check out this popular d&d gnome race and be on top in d&d.

1 Q: What is Yuan ti Pureblood?

A: Ordinarily, the yuan-ti are the race of the monstrous humanoids with the reptilian appearances, actually, the Abominations are the purely reptilian in an appearance, with the humanoid upper torso, dark green scales, a tail in place of feet, a hooded head like that of a cobra, forked tongue, slit eyes and sharp teeth.

A: The mageslayers have the humanlike head but the snakelike tail instead of the legs. They have appeared first in the serpent kingdoms. Actually, the anathemas by for the most powerful and loathsome of yuan-ti, but sometimes the worshiped like the divine incarnations of the Merrshaulk, and which are extremely rare.

A: Yes! they have their own capability to shapechange into a snake.

A: Usually, the Yuan–Ti Purebloods are the bonkers strong, mainly stacking up way more power than the most race options.