Dwarves are special characters serving the kingdoms rich in ancient grandeur and can be found in a wide range of settings, including mountains, deep mines, blazing forges, and beyond. The hill dwarf is among the most common of dwarves that you are likely to encounter, while a gray dwarf is less likely to be encountered as they primarily reside in the underdark. When faced with dire threats, dwarves unite and become capable to deliver a killer punch to the opponents. 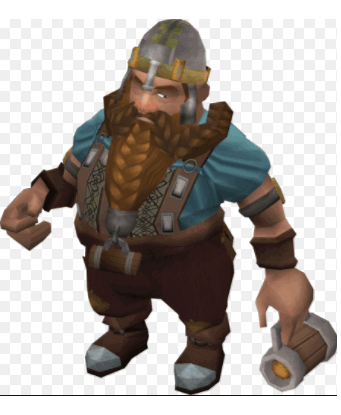 Age: Although they mature at the same rate as humans, Dwarves do not reach adulthood until age 50 and live about 350 years.

Alignment: Dwarves generally believe that a well-ordered society brings about the most benefits to everyone, thus they tend toward Lawful or Good.

Size: On average, Dwarves are 4 – 5 feet tall and weigh around 150lbs. Your size is Medium.

Speed: Your base walking speed is 25 feet. Your speed is not reduced or limited by wearing Heavy Armor.

Darkvision: Accustomed to living life underground, Dwarves thus developed a keen sense of vision in the dark. You can see in dim light within 60 feet of you as if it were bright light, and in darkness as if it were dim light. You cannot discern color in darkness, only shades of gray.

Stonecunning: When you make a History (Intelligence) check related to the origins of stonework, you are considered proficient in the History skill and add double your proficiency bonus to the check.

Languages: You can speak, read, and write Common and Dwarvish.

Known as skilled warriors, boldness is a common trait running in the veins of dwarves. Additionally, they are also adept in handling different metals, steel, and working in mines. Although they are only 5 feet tall, their broad shoulders and compact body make them heavier than the humans in terms of sheer weight. In addition, courage and bravery make them indispensable for any battle.

While warrior dwarves may have light-brown or deep-brown skin, mountain dwarves, on the other hand, have a special skin texture that displays brown to pale hue to the naked eye. In addition, the hair of dwarf soldiers is black, gray or brown colors. It is long and woven in simple styles, however, the eye catching attribute is dwarves’ beards. Males are very careful about their beard and take special care to groom them in an impeccable style.

Dwarves live for a very long time with the maximum age increasing to 400 years. In fact, the oldest ones belong to a very different era as they have very interesting stories to tell to the younger generations. For instance, the oldest ones can recount that how three centuries ago orcs occupied the fort and send all the dwarves into exile for about 250 years. Longevity helps them to create a new perspective about the world and the events; therefore they are far more experienced than the human race.

Dwarf kingdoms extend beneath the mountains where precious gems are found in plenty. Correspondingly, clansmen are experts in forging different types of metals according to their requirements and specifications. Given that they admire the beauty of the gems and jewelries, in the case that they are unable to find rest of the precious metals, they will venture off to far-away lands to trade.

Since Mountain dwarves are averse to boats and water bodies, the humans and halflings manage the sea business while the dwarves are engaged in inland trading. Moreover, clansmen in and around the land are artisans skilled in designing weapons of different configurations. Clan is the epitome of reverence for the dwarves because they also cherish high social standings; even if the dwarf is far away, the individual longs for the kith and kin of the clan.

Some of the dwarves also work as hired killers and bodyguards because they are quite courageous and brave.

Dwarves are very friendly with the members of other races, however, they do not trust easily. In fact, for dwarves, there is a huge difference between an acquaintance and a friend. It indicates that races such as humans cannot earn the trust of dwarves because they live for a very short time.

Hill Dwarfs reside in the inner echelons of the hillside, marked by impeccable resilience.

Dwarven Toughness: Your hit point maximum increases by 1 each time you increase in level.

The dwarf is the doyen of rugged terrain and can survive in tough conditions without any problem. Individual would be taller with a lighter complexion and high energy levels. Shield Dwarves, Hylar clan and Daewar Clan belong to the category of mountain dwarves.

The character has the capability to increase the strength score by 2 points.

Individual is a master in dealing with Light and medium armor.

Generally, clan elders name a new dwarf according to the culture and tradition. Since the race is based on clan loyalty, the name is associated with the group instead of an individual. As a result, the same names have been used throughout many generations. Should a dwarf indulge in misdeeds and bring a bad name to their respective clan, they will subsequently be stripped of their names, remaining anonymous for the remainder of their life.

Q: Do female dwarves have beards?

A: Yes, of course the female dwarves able to grow beards

Q: How much does a dwarf weigh?

A: The average weight of dwarf is 150 pounds.

Q: Can Dwarves use magic?

Q: How long do dwarves live?